This is just a small teaser of my current project. There will be another post in the next few weeks where I will go into detail

This project was inspired by my constant fascination with walking robots. I always wanted to build one but a two legged robot is a pretty big challenge. Hexapods are a bit easier but with 18 motors just for 3 degrees of freedom per leg they can get pretty pricey. Especially since I decided to use good motors which cost a bit more. So in the end I went with a quadruped. With 3D printed parts.

My current version is using a USB controller for the Dynamixel motors. The application is written in C# and running on a Windows machine. This is just a temporary solution until I figure things out. I plan on moving the entire system to a OpenCM microcontroller also from ROBOTIS or a Raspberry Pi running ROS. 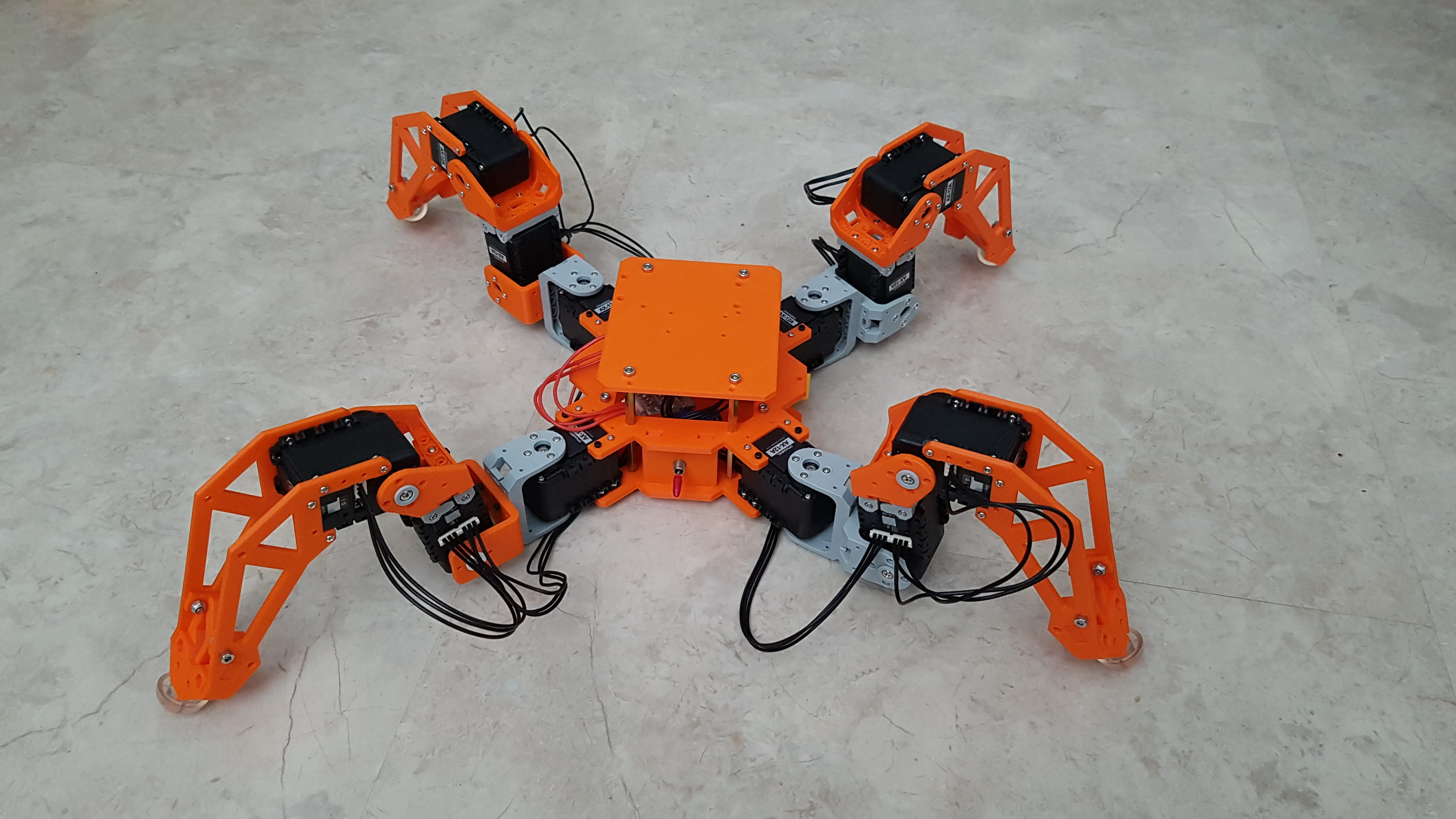 Quadruped controlled with an Xbox controller

Robot being controlled by a Vive Controller

Robot being controlled by a Leap Motion Controller

Old demo of the robot walking. This was just following a predefined set of motions.

I also plan on releasing the models once I am satisfied with them.