Topic in this post is related to topic from week three for so you should read the previous blog about tracking first.

This week’s topic is mobile VR and our assignment was to create a small Mobile VR game. Sadly, Mobile VR in its current for isn’t a favorite of mine. With very limited system resources and especially very limited input and tracking abilities. I feel like Mobile VR is far from reaching it’s potential. And what a potential it is. I don’t think it’s necessary to point out how widespread Smart phones are. Or how much more powerful smartphones have become in the last few years. So, I am not interested in discussing the potential. Beside trying to stay as far away as possible from Google cardboard or Gear VR I also wanted to show something with this week’s project. There seems to be a large misconception that VR is based around having a headset on your head. A misconception I don’t like. And so I decided that with this week’s project we will explore potential for VR without the use of a headset and maybe even evade using Google Cardboard or Gear VR.

As I mentioned. My idea was to show Mobile VR that was not using a headset. And as luck would have it I recently saw a good VR game that did just that. It was an asymmetrical game in which you had one player using the Vive headset and fighting monsters and one or more other players that had their phones attached to special Vive tracker and used them as gun with the phones being used as screens. So, you basically had a handheld viewport into the VR world. 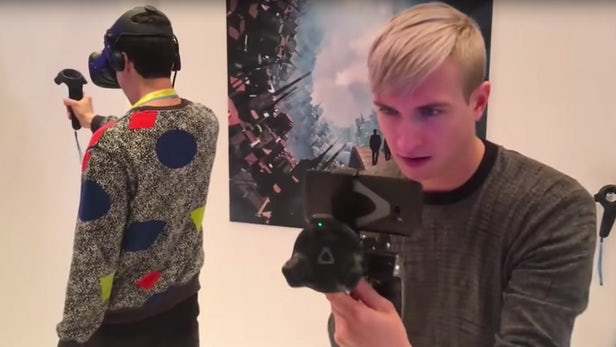 So I decided to do just that. But without the Vive player. To make a mobile VR game where your phone was your gun.

How we did it

Now this solution has one problem. We need positional tracking. If we were in an ideal world. We would have a Google Tango phone to work with. But since there is currently only one Google Tango phone on the market and we don’t have it yet we are stuck with our own solution. And as I assume you figured out by now from reading this and the previous blog post. Our solution was to use a Vive controller. We attached a phone to a Vive controller on a special 3D printed mount and used it for tracking. The controller is connected to a computer where a small server pulls positional and rotational data from SteamVr and sends it over TCP to a Unity game running on a phone. The setup may sound complicated but it’s actually pretty simple.

I started by designing a simple mount for the phone 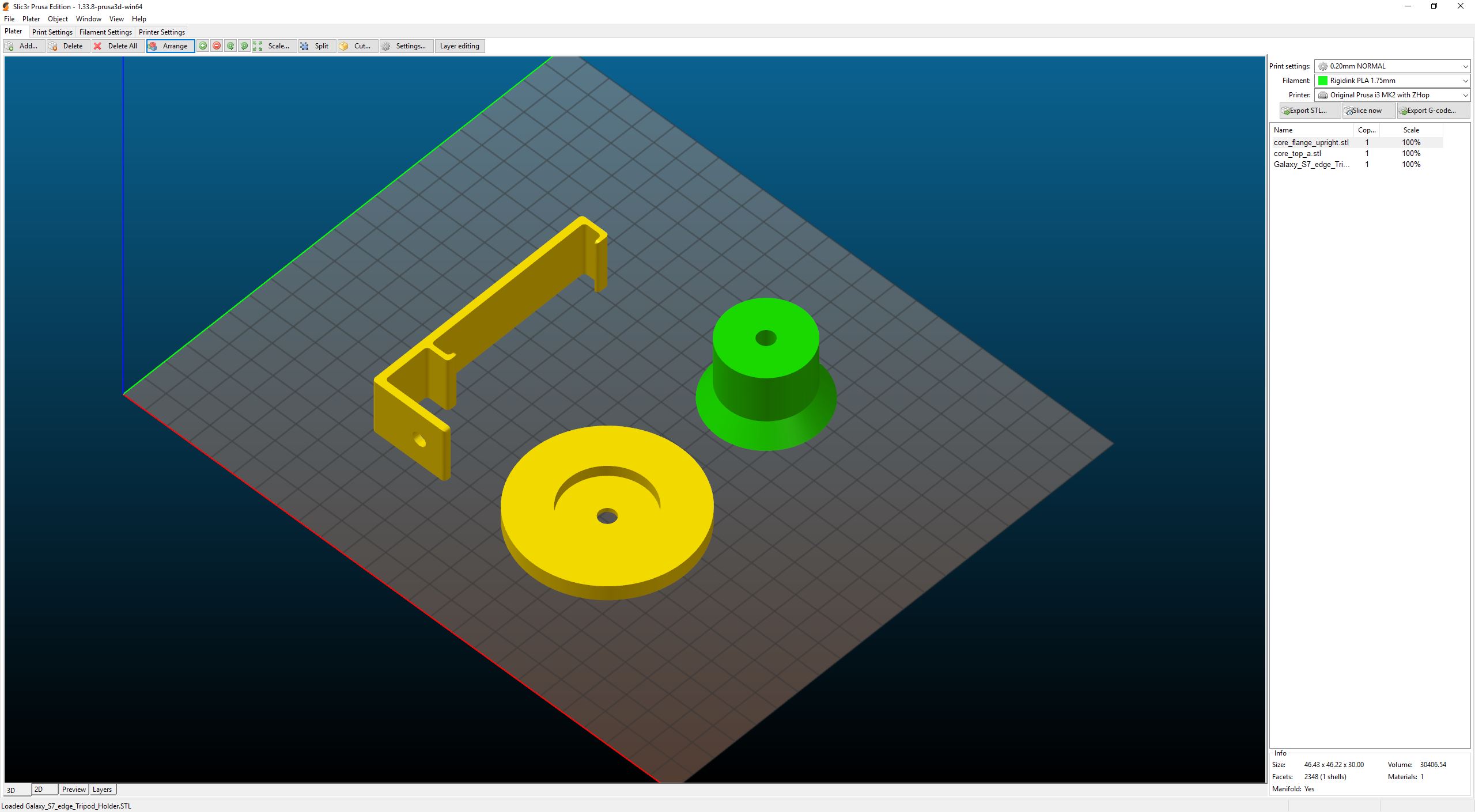 And here is a picture of it attached to the controller. Phone goes into the top slot and can be held in with a rubber band. 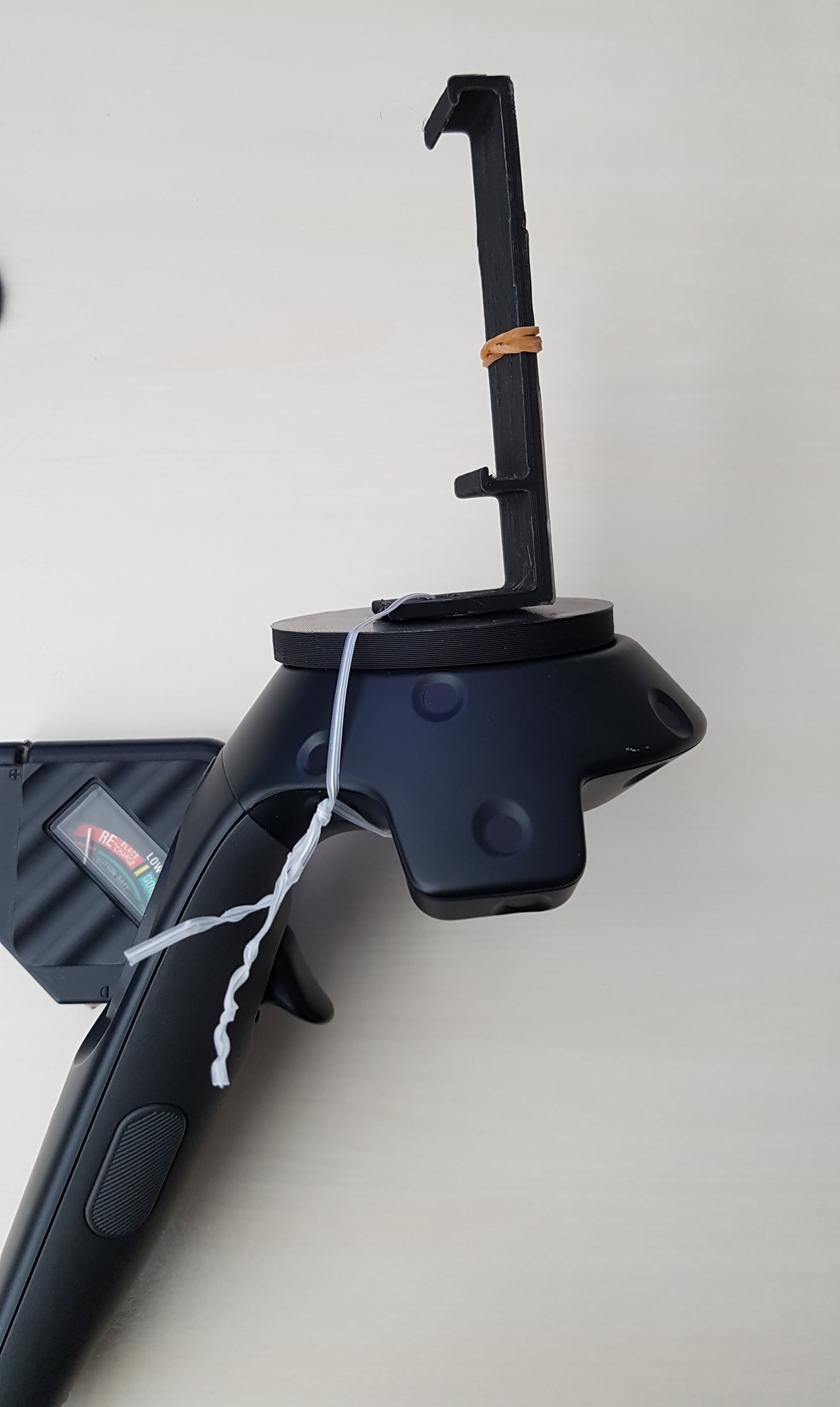 Once this was done we made a very simple shooting range in unity. Just to demonstrate the shooting mechanic 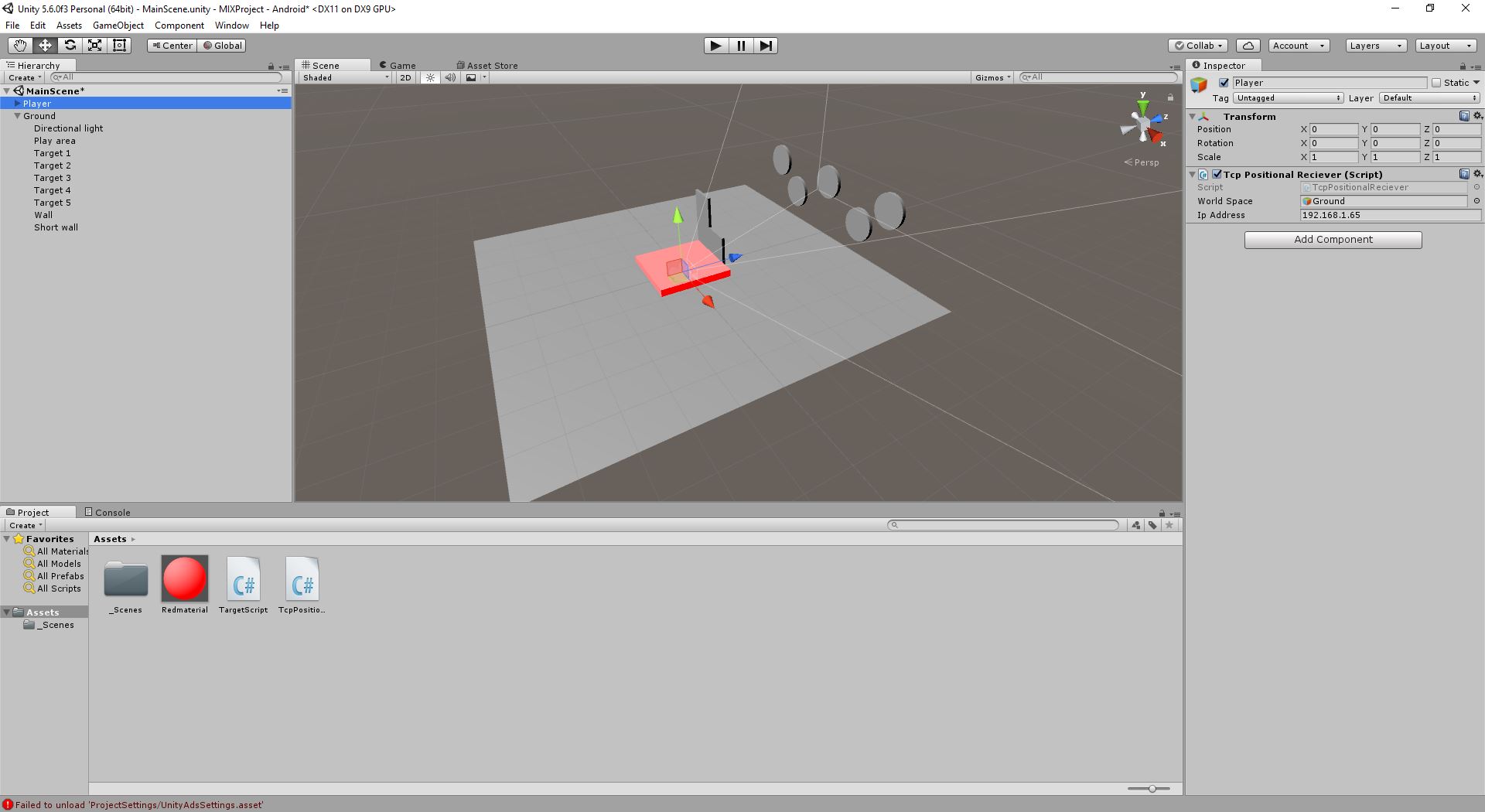 afterwards we just needed a very simple script in unity to connect to the server and update position of the phone based on the movement of the phone:

And the last part was a simple TCP server taht we used to send the position form the computer which can be found Here.

I am very proud of our project. The game itself wasn’t very impressive but I feel like it showed what we wanted to show and it provided a nice experience. Sending data over TCP to Unity is not ideal and it introduced a bit of a stutter sometimes. But I was overall very positively surprised with the performance as well.